Bringing a melting pot of styles from 60’s pop to UK Jazz, Dom Clark Trio push the limits of what can be done with three people and a 3-4 minute song.  Formed in East London in 2017 the band have self-released a series of singles gaining local and national radio play and spent lockdown recording their debut album “Music From The Mustard Seed”, set for autumn 2021 release.  With Conor Cotterill on bass and Enmanuel Moreno on drums the live sound features Dom’s trumpet as well as vocals with songs extending into improvisations and drum breaks. “The improvised Beatles” as one onlooker enthused.  Catch them now before the debut album drops.

So make sure to check out Dom Clark Trio at 1.30pm & 4.30pm this Saturday the 11th of September AT ACKLAM 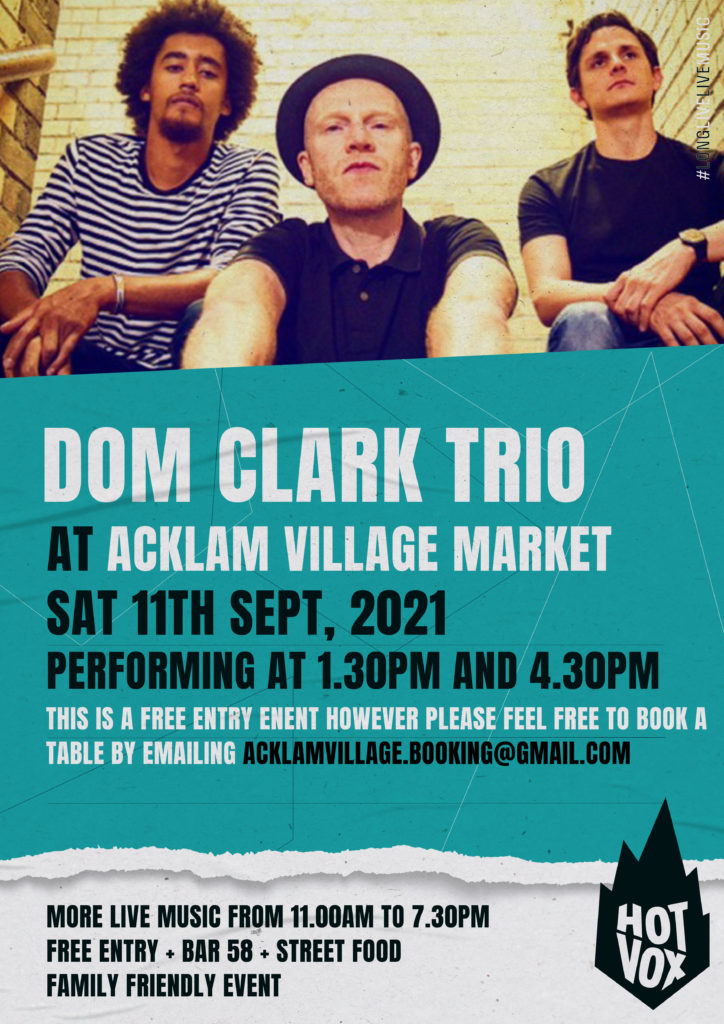 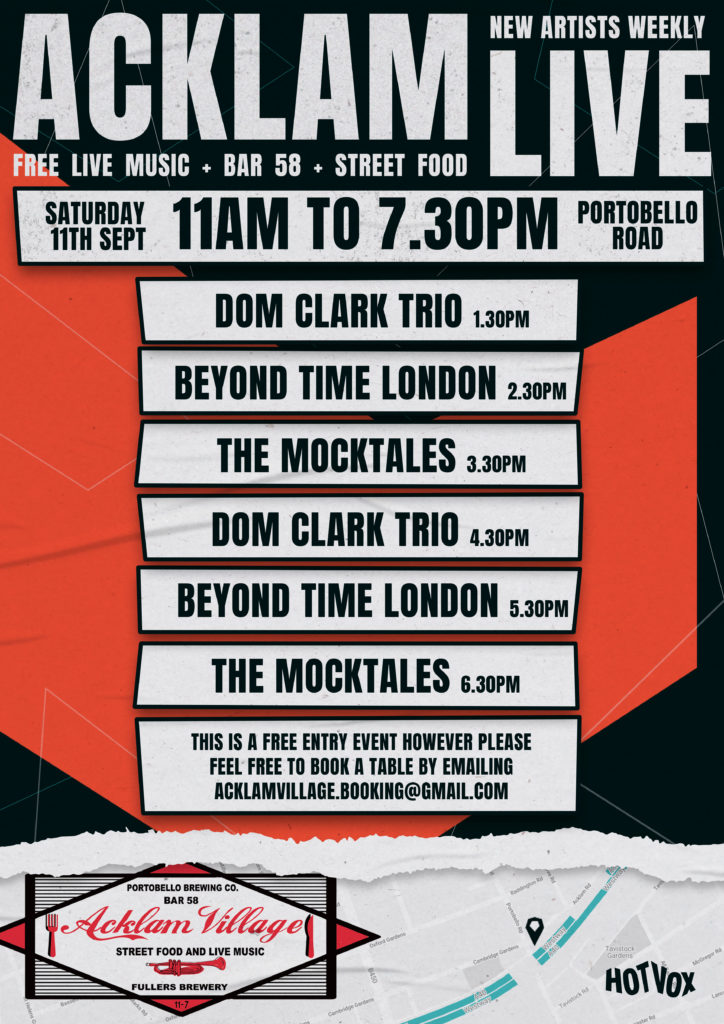