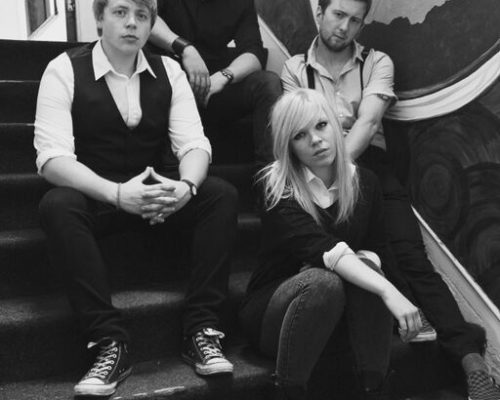 Air Drawn Dagger are a female fronted Alternative Rock band from Sheffield with an eclectic mix of Electronic, Grunge, Punky – Angst- Pop sounds.
The name Air Drawn Dagger comes from Macbeth as it is a “characterisation of an emotional outburst”.
Bassist Lewis met Singer Maisie in 2014 and began writing songs in her Cake Shop after hours. Early gigs as an acoustic duo in front of old punks at a Hardcore shows as well as Tapas restaurants got them playing all over Yorkshire. Twice.
In 2015 Drum Assassin Ross Dore joined the band as did lead guitarist and Riffologist Sam Wagner. The release of their debut EP received heavy support from BBC Introducing and the band began building up a cult fan base through constantly gigging across the UK.
The future holds the release of a string of singles and new adventures in sound.