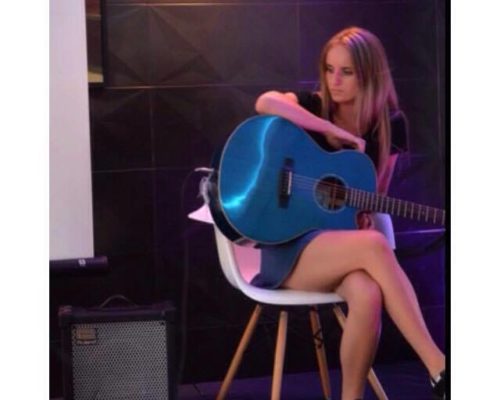 Hey 🙂
I’m Aleks Gala and Im a 19 year old female, singer song writer based in South London.
As a young singer song writer I write, compose and produce all of my own music in my room. Over the years I have grown musically and have had many musical accomplishments.
I have been musical since a young age and have performed at places such as Fairfield Halls in front of 1000 people at age of just 10 and the Royal Albert Hall. I am a self taught guitarist and singer, and I have a lot more music to share and time to flourish 🙂
I have a lot of experience doing gigs and concerts and was honoured to be the support band for Genesis and the Berlin Symphony Orchestra during summer 2014, where I toured South of Poland. I am also very privileged to have worked with artists such as Ray Wilson and Polish pop star Gabriel Fleszar. I have raised over £1000 for Polish Paralympian Silver medalist Janusz Rokicki to fund a new wheelchair so that he can compete at the London 2012 Games. I did so by organising a concert at which I sang and played my own songs. I have also performed in front of over 5000 people at Hurricane of Hearts charity event in London this year, along side many Polish artists well known in the music scene.
I have also toured South of Poland in the summer playing my new material with my band and have been the support band for this years Polish Eurovision representative Kasia Mos.
My music is raw and fresh, and well suited for the festival atmosphere
See ya there 😉 x