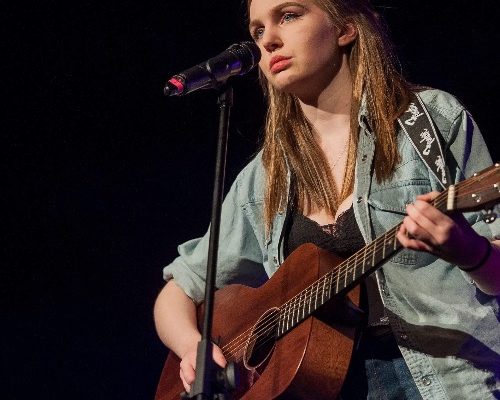 Somewhere between the catchy choruses of pop and the dark themes of alternative sits Alice Maria, a 21 year old singer-songwriter based in London. Alice began songwriting at the age of 14, and made a name for herself in late 2017 as a grand finalist of Open Mic UK. Since then, she has become a regular face of the London gigging scene, gaining a loyal following from her original songs and ‘girl next door’ vibe. She has also gained a wide social media fanbase from posting acoustic covers of pop songs, adding her own unique indie style.