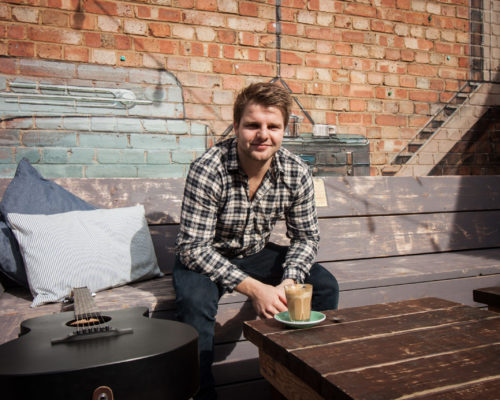 Brendan is a 21 year old singer/songwriter who has been learning his trade for the past 7 years having worked with producers and writers for the likes of ‘Jessie J’, ‘Emeli Sande’, ‘Jesse Glynne’, ‘Lilly Allen’, ‘Ed Sheeran’, ‘Westlife’, ‘Busted’, ‘World party’, ‘Sinead O’Connor’ and ‘Echo and the Bunnymen’. Having moved to London 3 years ago, Brendan has played the London circuit of pubs, bars and clubs including ‘The Bedford’, ‘The Garage’, ‘The Borderline” and ‘Spice of Life’ and his demos have already received airplay across the BBC and a few indie radio stations. One of his promoters at HotVox London has been quoted as saying: “He offers a wide variety of thoughtful and well written original music that sparks emotion in the audience” as well as “Everything he does is believable and makes you really want to listen to what he is saying.” He has found some success in Ireland where he has been signed to AMA booking agency. This has has landed him some great gigs including supporting ‘Paddy Casey’ and playing a sell out show at ‘The Roisin Dubh’ In Galway. He is now working on an album for Grammy nominee ‘Belen Arjona’.