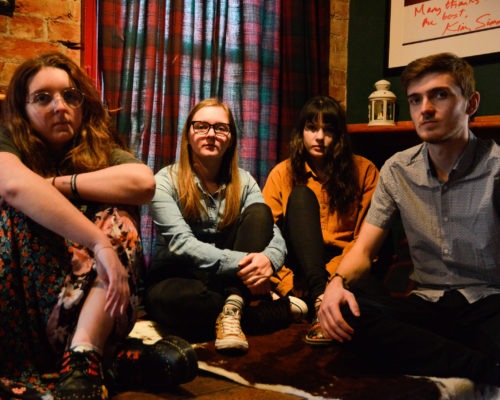 ChaWk are a London & Southampton-based band whose existence stemmed from fate/university. Formed in 2015, they originally comprised of an all-female line-under the ever-so-imaginative name Band C – nothing else to say here. A year later, under their new name, ChaWk was re-imagined as a four-member outfit: Charlie (the one at the front), Rob (the one with the keys), Holly (the one sat down) and Cait (the one with the bass). In 2017, ChaWk released their debut EP ‘Starry-Eyed Girl’ – an eclectic fusion of pop, rock, jazz with a sprinkling of reggae – and are currently working of their follow-up EP and other surprises! From a group whose individual influences range from k-pop to Pink Floyd, expect nothing less than the unexpected.