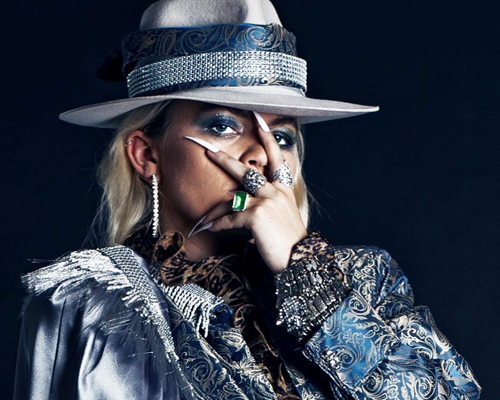 Since releasing her debut single ‘Elements’ only last year, London-born artist CHINCHILLA has gathered tremendous momentum. Having already amassed over 9.5 Million streams on her urban-pop records and collaborations with Estonian artist NOËP (‘fk this up’) and viral sensation Ren (‘How To Be Me’), with the former reaching Shazam’s Global Top 100 and being nominated for 2 Estonian Music Awards, the next chapter in the CHINCHILLA story is sure to be an exciting one. Drawing on influences such as Beyoncé, Freddie Mercury, Lizzo and Doja Cat, CHINCHILLA thrives within her own unique wonderland.