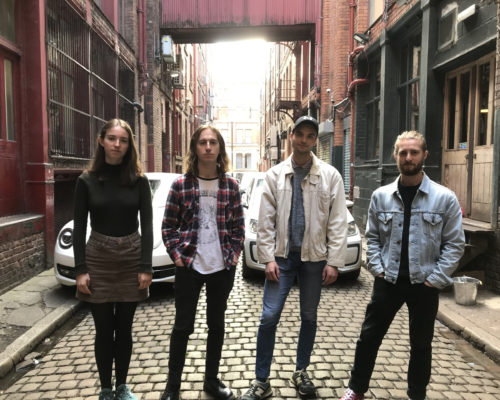 Cold Comforts are an Alt/Singer-Songwriter band based in Manchester that formed after meeting at
university at the RNCM. Put together by guitarist/vocalist Kieran Murphy in an attempt to escape from
behind the drums and write his own songs for once, he is joined by James Cooke, Imogen Shortall and Jacob
Bentley. The name Cold Comforts is coined by Imogen and drawn from the Stella Gibbons novel Cold
Comfort Farm (1932), which parodies the romanticised accounts of rural life that were popular at the time.
Influence from artists such as Phoebe Bridgers, Courtney Barnett and Car Seat Headrest as well as a DIY
mentality and love of lo-fi has shaped the sound of the band to be something visceral and yet still serene.
Though many of the lyrical themes stem from dark places there is always a silver lining. These are stories of
real life. It may suck now but it will always get better.