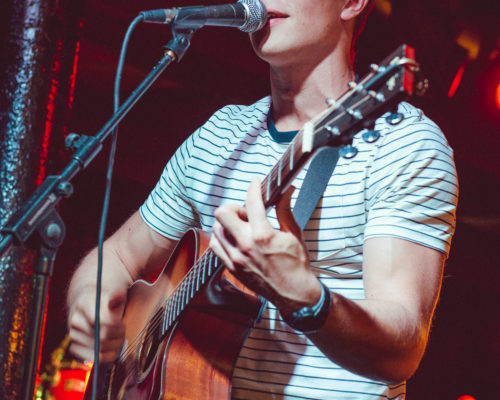 International award winning singer-songwriter and producer Dan Olsen is from the Faroe Islands and based in London, U.K. He started performing and writing his own songs while studying in Australia. He made ends meet by living in cheap backpacker flats while playing bars and pubs. After honing his live set and a bunch of songs to his name, Dan moved to London. He produced a couple of tracks with Steven A Williams (Leonard Cohen, Van Morrison) which have now gained millions of plays across various streaming platforms. Not much later Dan caught the eye of his current manager (Sam Smith's former manager) who shared Dan's vision. Things began to take off. He produces his own songs now and has toured China multiple times, New York, Russia and South Africa, won an international songwriting competition, has songs placed in various films, signed a publishing deal with Peer Music and has co-written with Grammy, Ivor and Brit award winning songwriters including Linda Perry, Pam Sheyne, Chris Neil and Sonique.