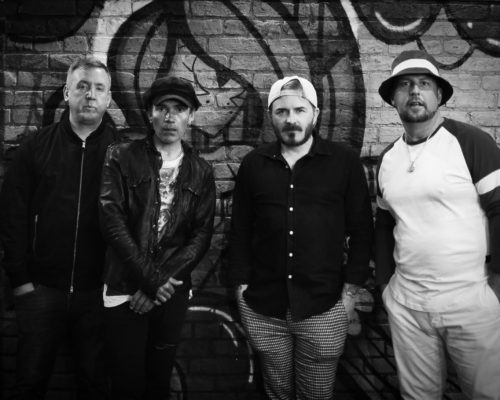 In the 1990’s iconic rock band ‘The Face’ boasted a line up of Danny Burton on guitar and vocals, Zak Starkey on drums, Gary Nuttall on guitar and Ronnie Thomas on bass. They were a new London sensation playing sell out shows all over town and strongly tipped by DJ Steve Lamacq and the tabloid press hailing them the next big thing to come out of Camden. However, at this time, Danny was offered the lead role in by Pete Townsend in ‘Tommy – The Musical’ which he subsequently turned down due to being the victim of an untimely knife attack which left his face temporarily scarred. So Danny decided to focus on ‘The Face’. Irony had it that some weeks later Zak was asked to replace Kenny Jones and join The Who. Not long after, another blow came and when Gary and Zak’s replacement drummer ‘Smiley’ left to join Robbie Williams band.
As you can imagine, fate had dealt a harsh blow leaving Danny to seriously consider his future in the music industry.
Music never stopped buzzing in Danny’s ears and after a period of playing in various bands across the U.K he has returned to recording, writing and performing in his own right. The first single ‘Who you gonna love’ is available on all digital platforms and the eagerly awaited album ‘Electric Universe’ is due for release in September 2019 on Right Track Records.