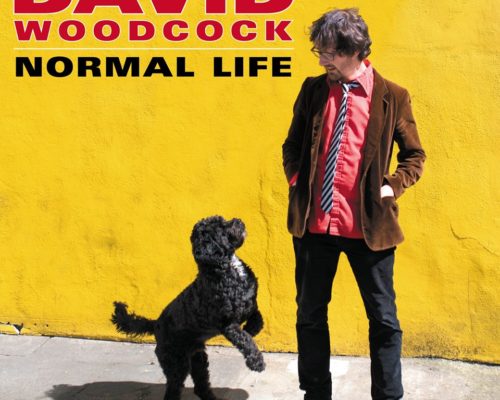 David Woodcock, signed to Blow Up Records, is a singer-songwriter based in his hometown of Southend-on-Sea. A pianist and prolific writer, with a strong local following, he has been building up a solid songbook of sharp lyrics and great melodies that have been distilled into his self-titled debut album, released in August 2014 to huge critical acclaim.

His self-titled debut album included the singles, ‘Same Things’, ‘Beggars Can’t Be Choosers’ and ‘Open Secret’, all of which have had strong radio support from key UK tastemakers, Steve Lamacq – “A great little pop record” – (BBC 6 Music), John Kennedy (Xfm X-posure Hot One) and Gary Crowley (BBC London + Amazing Radio).
Since then, he has been writing and developing his sound in the studio and from a huge catalogue of material, 13 tracks have been specifically chosen to reflect the concept of a ‘Normal Life’ and all the trapping this brings – and the ‘Escapism’ often needed!
The first single ‘Fixtures and Fittings’ has already had numerous plays on 6 music along with the title track ‘Normal Life’, with great reviews pouring in from the likes of Shindig Magazine and Vive le Rock. The iconic album cover features Barkley Woodcock, collaborator and man’s best friend who also stars in the latest video for the single.

David’s songs are steeped in the classic British song writing tradition epitomised by the likes of Ray Davies, Steve Harley and Ian Dury. Lyrics filled with humour, pathos, wry observations and a riotous energy – in David’s music there’s certainly an air of Ian Hunter rockin’ it up with Mott The Hoople, Vivian Stanshall as a drunken Harry Nilsson, Pete Doherty with a clean bill of health, Richard Hawley at his poignant best or Damon Albarn in young, cocky scamp mode. Live, David works the room to the max. He gives us tales of lost love, lust, jealousy, memories, regrets and of living life to its messy limits and all the consequences that entails.