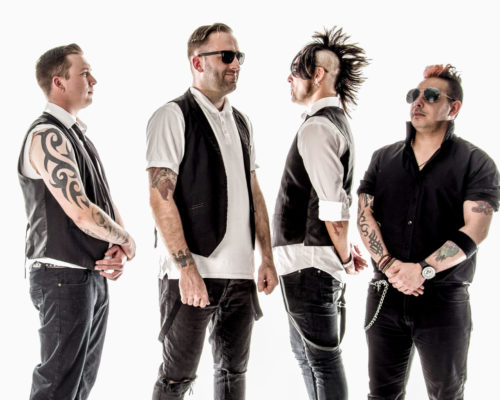 The provocatively named ‘Death to Indie’ are a devastating 4-piece Punk based band from the North East of England.

With this band the accent is on originality, skilful live performance and the creation of high energy, fast paced, powerful Punk based music. Death to Indie are blazing a trail towards becoming one of the best Punk bands in the UK.

Known as DTI to their fast growing legion of fans, they have 3 E.P’s, alongside music videos, live recordings and debut full length album #you’re it.

The band was formed in 2011 and in a short space of time has established a formidable reputation on the local live scene in their hometown not only from fans but amongst promoters and bands alike. Since their inception, they have supported many genre defining bands such as The Buzzcocks, UK Subs, Reel Big Fish, The Dead Kennedys and Slaves to name but a few!!

Although they have a definitive and hard-hitting sound of their own, their style has been influenced by several bands, including The Ramones, The Clash, The Offspring and many other Punk based bands.