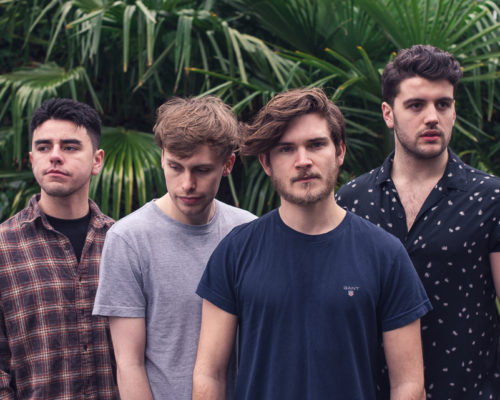 Dutch Criminal Record are an indie/surf band from Chichester, UK. They write and perform their own unique brand of upbeat summery tunes full of interlinking riffs, melodic vocals and blooming harmonies. “DCR are Infinitely accessible, one to add to your summer soundtrack.” Jackie Lees for Tipping Point

After forming 2012 for a school Battle of the Bands competition, DCR spent the next two years gigging and writing and in 2014 released the Dutch Criminal Record E.P. The following year saw them release their E.P. Mirage which spawned the hit single Socks and Sandals. Their June 2016 single, “On the Fence” was featured in Spotify’s renowned “Fresh Finds” playlist and the song has amassed over 220,000 plays to date. Having recorded four more singles each featuring a different band member on the artwork and lead vocals Dutch Criminal Record are planning gigs across the UK and are writing in preparation for future releases.

They have been recognised by BBC 6 Music, having been played by Tom Robinson on his BBC Introducing Mixtape and received considerable airplay on Regional BBC Radio including a live performance from BBC Broadcasting House Brighton.