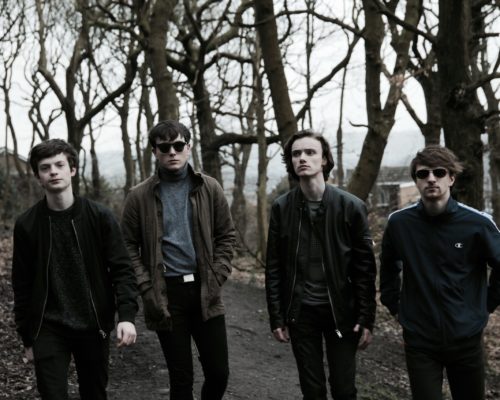 With inspiration stretching from the early British rock ‘n’ roll sounds of The Kinks and The Beatles through to the 2000’s New York garage rock icons The Strokes the Ego States sound has been described as melody driven rock ‘n’ roll music , however more recent material displays a wider range of influence, which has similarities to the 80s New Wave Genre (bands like XTC and Squeeze)

The group are named after a theory by Psychiatrist Eric Berne explaining the way individuals have different egos, which are present in friendships, families and in this case Rock N Roll Bands.

Emerging from a small town in West Yorkshire called Brighouse, the lads have been gaining a following from cities all around the north of England over the past year. With four singles gaining over 130,000 streams since our first release Overthinker and a 500 ticket sell out headline show as well as a spot on the Main Stage supporting Jake Bugg and The Cribs at Bingley Music Live, any unreleased demo’s we have which we are currently in the process of recording we can show on request, as we have also spent a lot of time in the studio recently on some new singles which should be out soon!