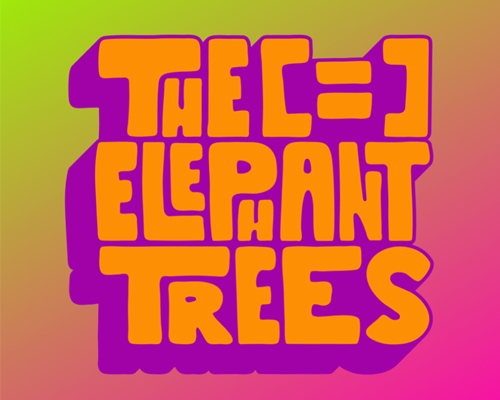 Now in their early 20s the ‘The Elephant Trees’ have become a symbol [=] quite literally of remembering your roots whilst exploring exactly who you are and embracing every aspect of that individuality. They’ve been told it’s not a great band name but ‘The Elephant Trees’ ethos isn’t about being the coolest or trendiest band on social media. They care about creating a community and safe space for everyone that has ever felt out of place or lost. Mental health, sexuality and ‘growing up’ to discover the world’s complexities form the basis of the songs Martha writes, pouring out her findings on stage as Sam and Tom (resident drummer until he inevitably becomes Prime Minister) chaotically create a sonic backdrop. The fanbase for this dubbed “chaotic mess” is growing by the day, picking up gig goers across the UK and Europe. After a summer of festivals which saw them play a series of festivals including – Isle of Wight Festival The Great Escape – Alt Escape, Camper Calling & Live at Leeds they released a new wave of music and visual content in the form of their debut EP ‘Monachopsis’:

“The Elephant Trees are genre-bending and we love it, ‘Monachopsis’ is an EP for everyone. Made with love, with a purpose, it’s a sleek debut from the northern band.” – EarMilk

“Undefined by genre, the pair have cleverly crafted an EP that captures their fiery nature and packages it into a small (yet sonically huge) body of work.” – Lock