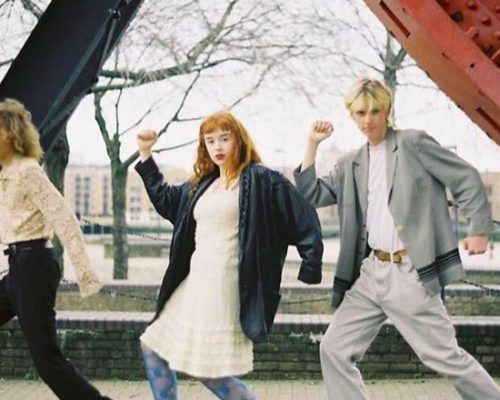 F4CADE are straight out the world famous Brit School,
formed in late 2018 – by Angel (vocals and synths) , Henry (guitar and vocals), Dermot (fretless bass) – they take influence from Kate Bush / The Lemon Twigs / Japan –
having performed already on the roof the Margates Turner Gallery, launched their first release at the Apple Store regent street in early 2019, F4CADE continue to play a variety of gigs across London.
The band are hard at work on the video for their next release – which is on track for August