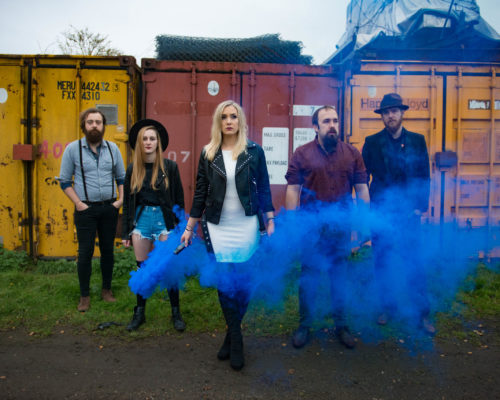 Flawless Carbon are a captivating female fronted modern rock band from the UK. They have effortlessly honed their own unique blend of British and American influences to create an enticing sound that appeals to the masses: timeless, classic and relatable, but not afraid to push and shatter traditional boundaries.

Take a riff with classic raw emotion inspired by the likes of Hendrix or Led Zeppelin and give it that crisp, modern production found with Royal Blood, Kaleo, The Damn Truth or The Pretty Reckless. Now intersperse that with some beautiful, delicate soundscapes and harmonies akin to Pink Floyd, John Mayer or Joe Bonamassa, and bind it all together with a soulful, passionate, truthful voice that is second only to the likes of Beth Hart, Pink, Christina Aguilera or Etta James, and you’ll be beginning to
scratch at the surface of what makes Flawless Carbon’s stadium-filling, dirty, bluesy and definitively individual sound so powerful, energetic and unmistakable.

Live is where the magic truly happens: the band have a dedicated following and have graced the stages of clubs and festivals across London and the South of England, trod by so many legends before them. Flawless Carbon bring a contagious electricity
that has heads turning, and them well and truly standing out from the crowd. They’ve got two EPs under their belts, each marking huge leaps forward on their sonic journey, and their third record – a true culmination of years of hard work and a nod towards a more playful direction – is tipped for release early 2018.