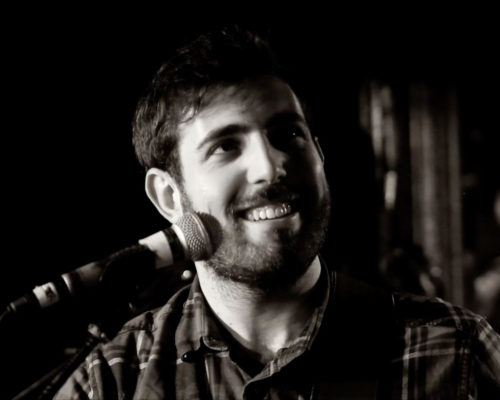 Gabriel Kazz is a singer-songwriter from Barcelona, with Canadian roots. Raised by parents who are professional guitarists, his music is rooted in the acoustic guitar but goes way beyond strumming some chords. Using complex voicings and rhythms on the guitar that dance in unexpected ways with his voice, every note is played with intention, and his songs's lyrics carry powerful messages of resilience, hope and love. Gabriel's style is influenced by folk, blues and rock artists such as Ben Harper and Eddie Vedder, the traditional english folk guitar of Bert Jansch and John Renbourn, the classical guitar and the infectious good vibes of Jack Johnson. He moved to London in 2015, where he has recorded and released his first EP titled "Helium" (2017). Kazz is currently working on many new songs which will see the light in 2019.