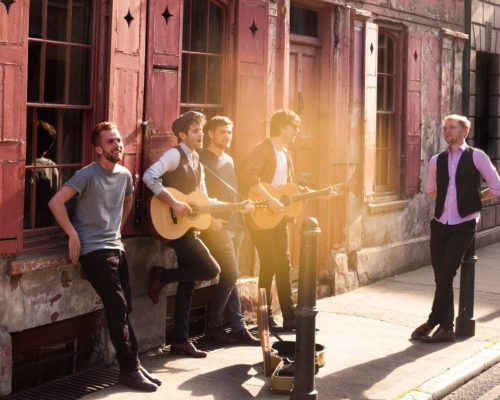 Hazey Jane are an English folk-indie quartet from London. Hackney based, harmony driven and easily confused, the band are indebted to Nick Drake, CSNY and John Prine. Bobby (Vocals) and Laurent (Lead Guitar) met at Secondary School, playing their first show together aged 14. The duo continued to write and perform into their early twenties before rendezvousing with Paul (Drums) and Connor (Bass) in 2014 and expanding upon the bands acoustic arrangements. Earlier this year, following a boundary busting crowdfunding campaign, the boys recorded their first EP ‘Us On A Wire’. Under the masterful stewardship of Marcel Van Limbeek (Tori Amos) and Sander Van Laere (Micheal Kiwanuka), Hazey Jane launched ‘Us On A Wire’ on August 25th, 2016 at The Bedford in Balham. This five track release is now available on iTunes, Spotify, and GooglePlay.