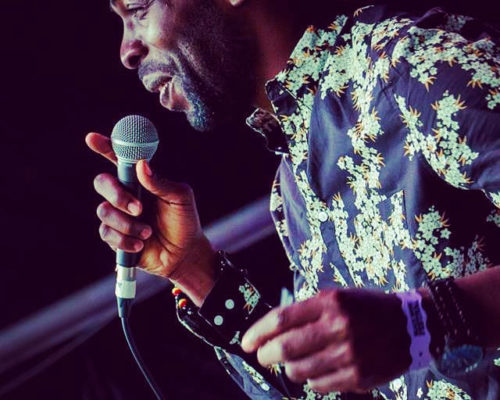 With a voice that has been described as smooth, soulful and enchanting, Imar Shephard’s dulcet tones perfectly illustrate the essence of Rhythm & Blues, Roots Reggae and Lover’s Rock. His unique sound is not only heard regularly on local Jamaican radio stations but has equally won the hearts of audiences overseas.
The young charismatic singer songwriter was born and raised in the sleepy hollow of Richmond Gap, Cedar Valley nestled neatly in the heart of the famous Blue Mountains that surround the parish locally known as Saint Thomas in the East.
Good clean positive and uplifting lyrics have always been an important part of Imar Shephard’s life. Raised in the church he found he had a passion for singing at a relatively early age but never really took the art seriously until he moved to Jamaica’s capital city of Kingston in his late teens.
In 2010 the vocalist hooked up with dancehall artist and producer extraordinaire, Colin ‘Demar’ Edwards aka Demarco of True Gift Entertainment. The duo recorded the highly favored single “Woman I need You” in partnership with the Canadian music group ‘House of Reggae Music’. Riding high on the wave of that singles huge success, the two artists went back in to the studio to collaborate on the upbeat dancehall lover’s track “My Queen “.
2015 saw the young vocalist take his performance to the East coast of the United States supporting shows headlined by artists Dexta Daps and Alkaline in Philadelphia, Carolina and New York. He also made a special trip to Saint Kitts to perform his popular ballad ‘Feelings’, (a duet featuring Nastassaja Burke) for an audience of Saint Kitts’ dignitaries and their families.
Imar has featured at some of the biggest festivals across Jamaica, starting in 2011 with Capelton’s annual fundraiser and jamboree ‘Saint Mary Mi Come’, to more recently featuring at Negril’s ‘Stepping High’ music festival and flying across the Atlantic to Philadelphia’s ‘Jerk Festival’ , Imar Sephard kicked off 2018 with a second appearance at Jamaica’s ‘Stepping High’ festival and moving further afield to the UK where he joined the likes of Anthony ‘Fireman’ B mainstage at the Leeds ‘Black Music Festival’ amongst a host of smaller more intimate shows. This year has started well for the artist with several interviews and performances with his newly formed Iyaah Bless Band, an amazing impromptu appearance at the internationally acclaimed ‘Bob Marley Birthday Celebrations’ at the Hope Road residence in Kingston. Imar Shephard is back in the studio working on his ‘Matter Of Time’ EP due for release early in the summer of 2019.