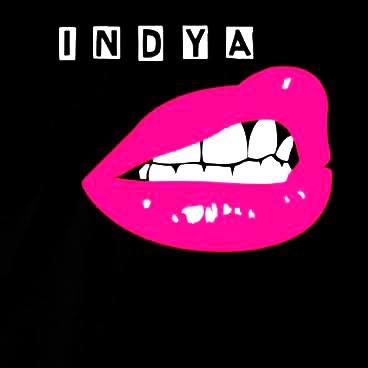 INDYA (Or otherwise known as The Indya Band) was formed in early 2015 by the talented Musician Natalie Indya West who fronts the Alternate Rock Band, and writes the Bands material. Behind her are Bassist Ewan Macintosh, Drummer Andrea Rapisara, Guitarist Goncalo Charneca & Backing Vocalist Marit Kesa. Inspired by that of Whitesnake, Bowie, Deep Purple, Led Zeppelin & Joan Jett The Band have gone from Glam Rock to Alternate with a complete through the ages mash up. Experimentation is the key with Indya and nothing is black & white. You will be puzzled with the varied contrast of genre.
Indya have had popularity on the likes of Kerrang radio, Radio X, BBC, Total Rock Radio amongst hundreds more! The Band have gigged in the likes of the O2 Liverpool supporting Noel Gallagher, O2 Islington, Surya, 229 Venue, Camden Rocks, Glastonbudget turning heads excitedly with their multiplex guitar rifts & arrousing drums. If theres one thing that INDYA loves to do thats to be up on that stage having a wild party & really getting the crowd going!