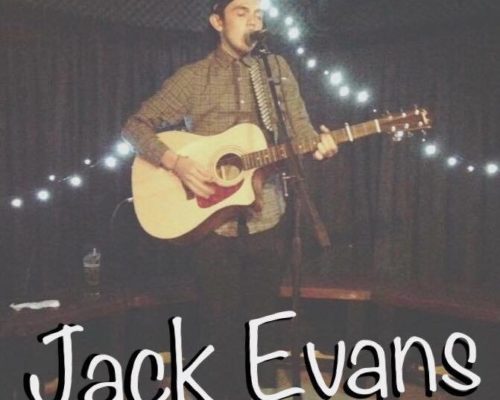 Jack Evans is a 19 year old singer songwriter originally from Brighton but currently living in London. His musical style is Acoustic Pop/Folk. He has been gigging around Brighton for the last year and played 250 shows in a year before moving to London where he is attempting 300 in a year. He has released 3 EPs, Stripped Back (Jun 2014), The Harbour EP (October 2014) and One For The Road (August 2015) 2 of which are on iTunes, as well as releasing a single Let It Rain (August 2015).