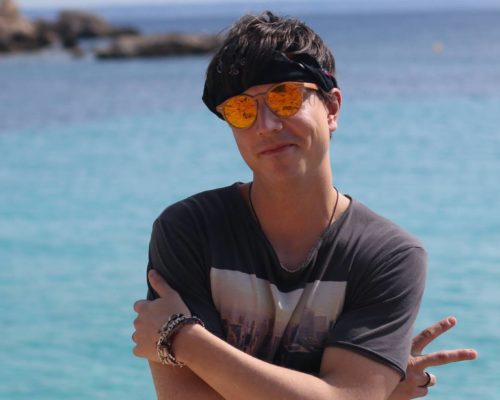 A fresh and exciting Swedish Singer and Songwriter mixing up his own blend of soulful pop, punk and folk.

​Fueled by raw emotions, love, passion, regrets and most of all hopes and dreams, he allows you to step into a world of its own for a little while.

Hailing from Gothenburg, Janos moved to Oslo, Norway and started the band Bungalows Creek, gaining a reputation for their intensive gigs and building an underground following, before setting out on a solo adventure in early 2015 and releasing debut EP ” Janos in Between ” on all digital platforms followed by ”City Hearts Ocean Dreams” in 2016.

Janos has been playing around the Oslo and London live scene for the last 18 months building a steady following and a fierce reputation as a emotive, raw and skilled singer and songwriter.

Double A-side – The beat stops / Blindfold was released on Spotify and all digital stores in late 2016 and Janos is currently in the studio recording new material with his band, New singles ”in the winter” and ”leave this town” — out now on spotify!!!