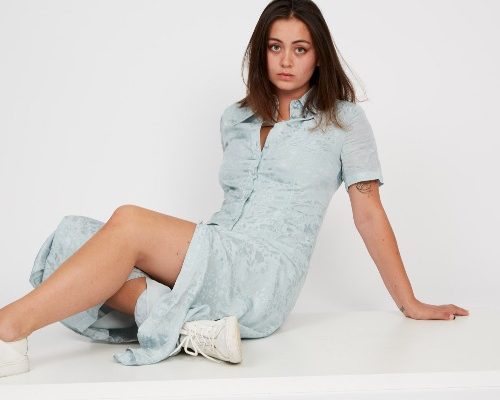 Now 21, the London-based singer-songwriter has enjoyed a musical growth that’s taken her from viral covers to her own WONDERLAND and COLOUR EPs. Thompson kicked off summer 2021 with the acclaimed single “already there,” which was soon followed by “after goodbye.”  Most recently, Jasmine joined forces with multi-platinum-selling, chart-topping UK singer-songwriter Calum Scott for the heartfelt new single “love is just a word,” joined by an official music video directed by Jackson Ducasse (Dua Lipa, New Order). Since her debut, Thompson has become even more beloved, earning more than 3B global streams and over 5M monthly Spotify listeners worldwide.