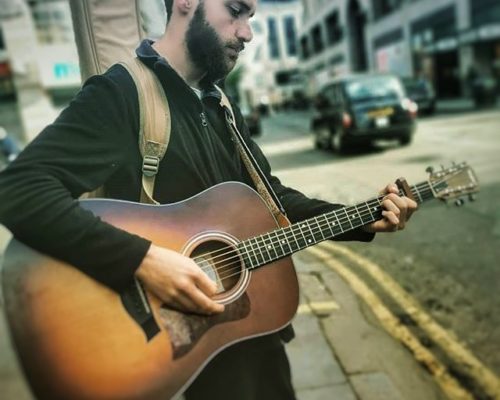 John Churton is currently based in London having spent much of the last few years working his way around Europe.

His globetrotting, and his experiences busking on the continent’s streets, has directly fed his unusual rootsy sound which blends British folk and American sounds.

And, combining looking after children with performing outdoors at some of Europe’s most famous locations, John is now looking to get some of his songs recorded and available to music fans.

He has plans for a single called Mr Leprechaun and a four-track EP.

John, 22, said: “Mr Leprechaun was based on my first visit to Ireland.

“Travelling gave me the idea about gambling in life and taking a chance, whatever the consequences might be.”