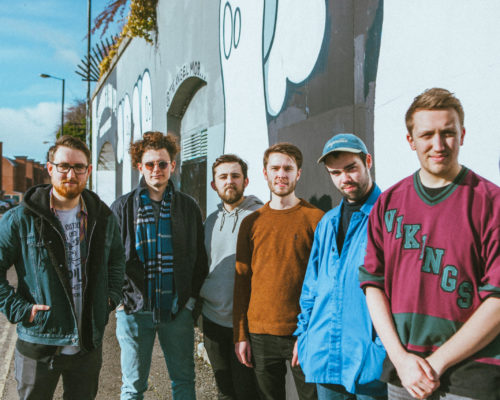 Kahuna are an explosive ska punk six piece formed in 2016 in Newcastle Upon Tyne. The band provide a fresh take on the familiar ska punk sound, combining upbeat infectious ska rhythms with playful, catchy melodies and an unrelenting DIY punk rock ethos. Drawing influence from a diverse range of bands from Sublime and Streetlight Manifesto to Less Than Jake and Neck Deep. Since their live debut in 2017 they’ve built up a dedicated and enthusiastic following as well as a reputation for raucous, energetic live sets having played venues across the UK throughout 2018 including a number of headline shows in their hometown of Newcastle following the release of their debut single “Throw” in July and sets supporting Ska Punk idols Mad Caddies and Sonic Boom Six.The band kicked off 2019 with a bang at their near sold out headline show at The Cluny Newcastle and the release of their second single “All the same” to rave reviews in January. 2019 looks set to be a huge year for the band with a host of dates around the country to come and a number of already sold out local shows and new music on the horizon!