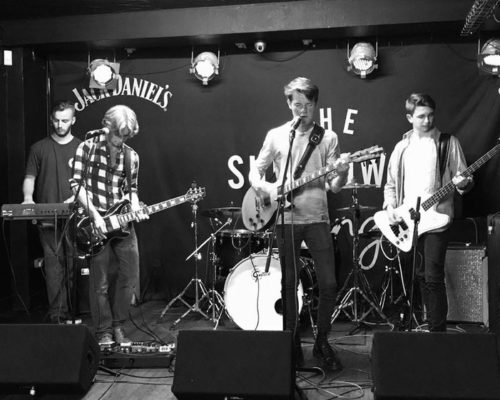 “Quite a few of my fellow presenters loved your song Sheffield. No exaggeration, but the guitar work on it is up there with Hotel California, which is my favorite track ever.” – Radio DJ Steve Kelly

British Indie rock band Karkosa was formed in Birmingham in 2014 by brothers Michael and Jack Warnock. After recruiting Tom Rushton on lead guitar, Ryan Trott on bass and Will Clews on Keyboard, the band wrote and recorded a batch of songs in 2017 putting them online. Their melodic, propulsive rock sound is heavily inspired by Catfish and the Bottlemen, Royal Blood and The Amazons. The Devil’s Greatest Trick the band’s inaugural release arrived in 2016 followed by Monarchy, Sheffield and Where the River Flows in 2017. In 2018 Karkosa were nominated for best Indie band and “one to watch 2018” by the Birmingham Music Awards. Karkosa have featured several times on BBC introducing and have supported signed bands.