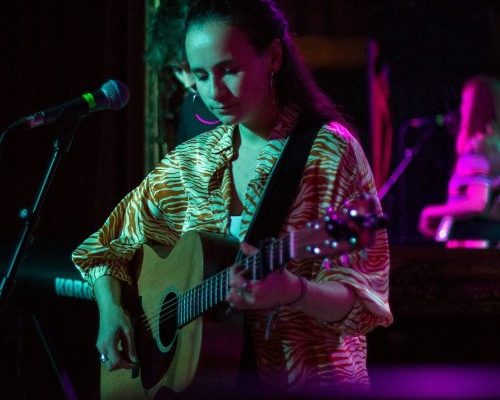 Leah Tess is an ambitious London based singer song-writer. She discovered songwriting at the age of 17 and has not stopped since. Her music is described as folk/pop. During her time at ICMP, she won an international songwriting competition in Paris in 2019 with her song ‘Oblivion’ and shortly after went on an exciting trip to Nashville to attend Tin Pan South songwriters festival. Leah has performed at Edinburgh Fringe Festival and wrote all of the music for her friends sell out play ‘Unknown’. Her latest single ‘Pink Pink Sky’ recently featured on BBC Music Introducing.