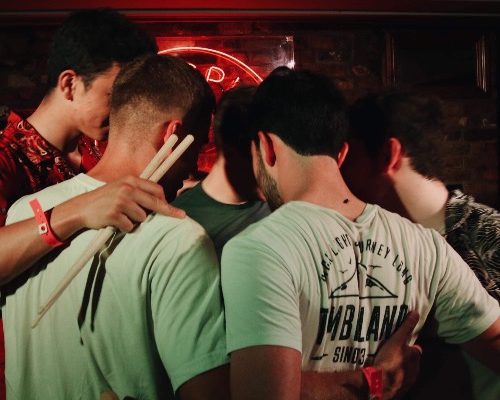 Leogang, comprising of Singer Chris Coveney, Guitarists Joseph Menzies and Sam Telling, Bassist Benedict Cooper, and Drummer Will Telling formed in 2017 out of North East London. They are known for their hybrid of alt-rock, punk, funk and everything in between. The band have enjoyed playing several established London venues, including a headline slot at 93 Feet East and a sold-out show at The Spice of Life in Soho. Having had their singles ‘Budapest Sex Lights’, ‘Chance in Hell’, ‘Stockholm’ and ‘Shots Are Coming’ played on BBC Introducing, Leogang released their debut EP ‘Shots Are Coming’ in September 2020. 2021 promises to be a big year for the band on the live circuit and in the studio.