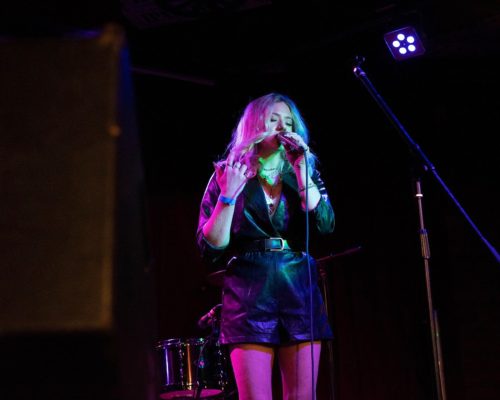 Libby Macfie is a Singer Songwriter from West Sussex and has just completed her degree in Vocal Performance at The Academy of Contemporary Music, in Guildford. Libby has been writing music since she was 11, and is now gigging with her keys player and full band in and around London. Growing up with influences from jazz artists, such Ella Fitzgerald‬ and Louis Armstrong‬, it has shaped her tone into a modern jazz sound, which she combines with pop, rnb and neo-soul. She has already gained a lot of experience in different sectors of the music industry, such as live performance, studio sessions and songwriting for herself and others. Libby has done multiple co-writes and collaborations, appearing on tracks with other local artists around the Brighton/London, which have had local radio air play. She has a passion for writing music with emotional depth, in which she can connect with others, and have an outlet for her creativity. Libby has just released her debut single ‘Haze’ which is available on all major streaming platforms.