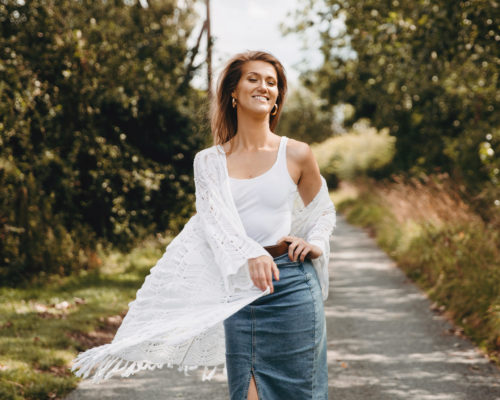 Lorna Dea is a well known BBC introducing artist from the East Midlands with a real passion for old Soul and Motown, her music has been described as having a “Contemporary mix of steady pop beats with subtle undertones of an organic Motown vibe.”
Lorna released her second EP 'Comfort Zone' in February 2018, which charted in the iTunes R&B/Soul Album Chart at NUMBER 5, amongst idols that Lorna has grown up listening to such as Amy Winehouse, Stevie Wonder, Prince, Al Green and Tina Turner (the list goes on).
The new EP was well received by BBC radio, and all three original tracks from the ‘Comfort Zone’ EP have been played by BBC Introducing Dean Jackson. “Real Rising Star is Lorna Dea, superb local artist on the cusp of great success.” – Dean Jackson from Beat on the Beeb for BBC introducing in the East Midlands.
Following the success of this new EP Lorna was delighted to accept the opportunity to support Paloma Faith during her Architect Tour on 14 March at the O2 Arena in London and following this supported Tom Robinson on his tour in May.
Lorna definitely has the bug for performing Live and is working hard to establish regular appearances in major cities across the Midlands, more recently performing at The JamHouse in Birmingham – “Wow what a vocal, you have a fantastic Voice” – Ben Drummond – Promoter for The JamHouse, Birmingham
Lorna has already received great press reviews in FATEA Magazine and the renowned international music blog “THE REVUE”. Here’s a taste of what they said, “You can hear the soul influences in this very new piece…. I am not normally a fan of the style, but I discovered this track to be strangely compelling. In fact I caught myself putting it on repeat”