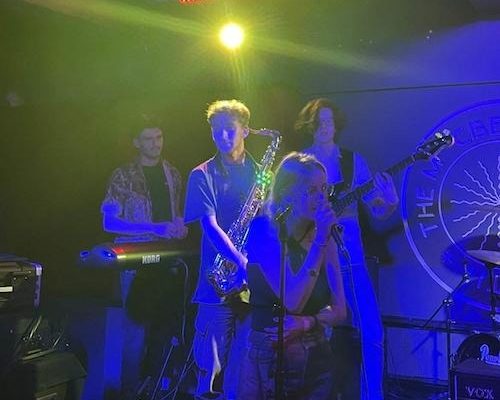 Molly Bethan is a 20 year old singer-songwriter currently based in Birmimgham. Her music is influenced by the likes of neo-soul legends Erykah Badu and D’Angelo, whilst incooperating the live jazz feel of bands such as Oscar Jerome and Nubya Garcia. With her band – Dan Hughes (guitar), Joe Spinoza (keys), Cameron Conn (drums), Rufus Stanier (bass) and Monty Charles (sax) – Molly Bethan has been gigging for the last three years across both the South West (represting BBC Introducing) and Birmingham, selling out her Brum debut. Her new EP ‘The Band EP’ is availavle on Spotify and on CD.