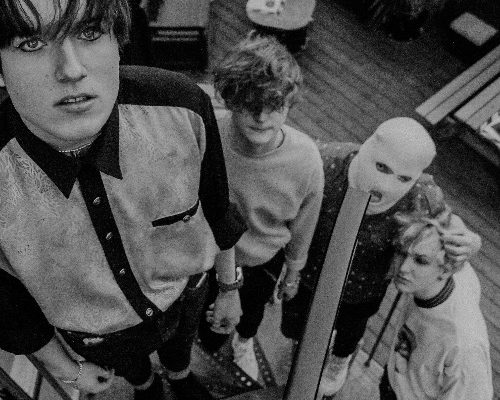 Myriam Adams are a Post Emo Pop band formed in the midlands by Freddie Hammond, Ethan Forde, Archie Shanahan and frontman Jacques Hetein 2019. They provide arena friendly catchy tunes with an extra touch of edgeand personality. Their influences range from bubblegum pop to punk and they have been quoted as rebellious and genre stereotype breakers.

At the young age of 18 they’ve already accumulated over 50,000 streams on Spotify alone, been nominated for a BMA (Birmingham Music Award) for Rising Star, performed on the main stage of festivals such as Godiva, had several songs played on BBC Introducing and currently have a dedicated growing fan base of over 3500 followers over their socials.