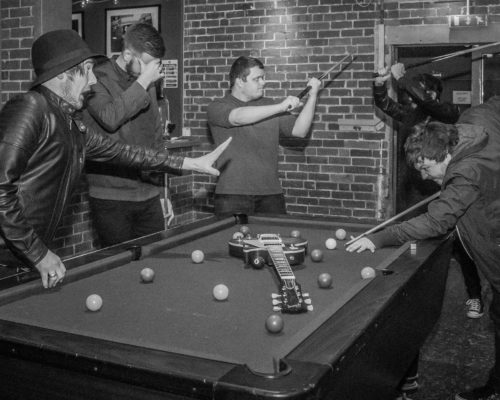 Since forming two years ago, Leeds grit-rock four-piece Neon Dolls have been busy perfecting their hybrid of muscular Britpop and shoutalong punk vocals and blowing away audiences on the buzzing UK music scene.

Formed from the ashes of defunct bands on the scene, the boys quickly developed a sonic formula influenced by Northern guitar greats Oasis, The Verve and The Stone Roses as well as more recent hardcore and grunge bands from the USA.

With a growing fanbase affectionately dubbed the Neon Army
behind them, tracks from their debut album Imperial (released May 2014) and 2nd album When It Strikes (released November 2016) have been playlisted on BBC Introducing and their sold out live shows led to Fred Perry Subculture hailing them as one of the best new bands in the country.