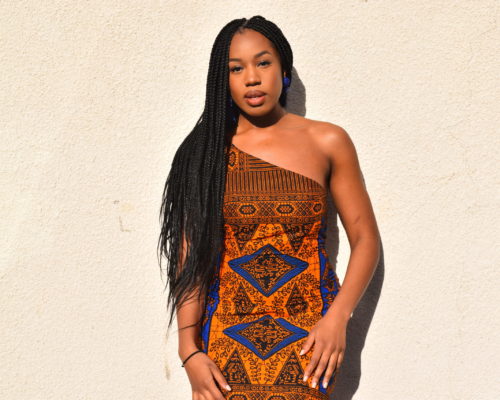 NNENNA KING a 22 year old vocalist and Songwriter from East London, praised for having a soulful voice beyond her years. Raised in East Ham, Newham, KING spent her youth listening to the soul stirring sounds her parents and siblings would play around the house, from the likes of Fela Kuti, Miles Davis and Anita Baker to Queen and even Kanye west. KING started singing at the tender age of 6 years old and knew she wanted to be a singer, singing on the big stage. As her interest in music grew, her desire to become a singer grew even greater and began forming her own musical taste. Her mum played a big part in nurturing her gift by supporting her, financing the various music lessons and taking her around London to perform. In 2011 she gained a place at the prestigious BRIT SCHOOL for music and spent four year developing her craft. Today, NNENNA KING’s music draws inspiration from the likes of Jill Scott, Lauryn Hill, Erykah Badu, Anita Baker, Amy Winehouse and Stevie Wonder.