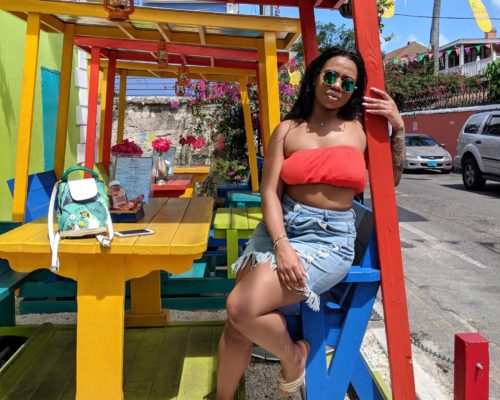 North-West London born and raised Nylah makes ‘Indie-Pop, R&B feel good’ music that takes on powerful topics. From the young age of 9, Nylah discovered a passion for song-writing, at 10 years she had already written a compilation of songs. As time went on her passion grew alongside her talents.

In her early teens Nylah decided that music would be her means of survival, so she decided to makes a career of it. She released her first ever single called ‘Tomorrow’, ‘Tomorrow’ received tonnes of international airplay, and a great local response. She then moved on to perform at a range of venues in and around the UK. The game charger for Nylah was in her final year of university, when she began to look for related jobs in her degree and found nothing that perfectly matched her search.

Nylah – “Life is too short for us to spend time wasting time. I’ve studied… I’ve worked, but without Music I am unhappy. I feel that Music is my destiny, so I need to know that I have at least tried before I look away from it.”

As a song-writer, Nylah struggled to find her sound as an artist as she was so used to experimenting with all sounds. In 2016 Nylah established herself as an ‘Indie Pop and R&B’ artist, she played around with a few sounds, and Indie Pop and R&B is when she found herself.
Nylah’s soulful, alto vocal range, and her natural passion helps her delivered her music with such power. Inspired by Whitney Houston, Lauryn Hill, Amy Winehouse and Bob Marley, Nylah uses her legendary influences to reflect back in her music. At present Nylah is now constructing an ‘Epic and Unforgettable’ project, working hard the release of her EP, which is dated for release in late July.

While music plays a huge part in Nylah’s life, she also has a secretly passion for acting and script-writing, so from time to time she finds herself partaking a Theatre productions, some being musicals. The combination of the acting and music allows Nylah to truly be in her prime.