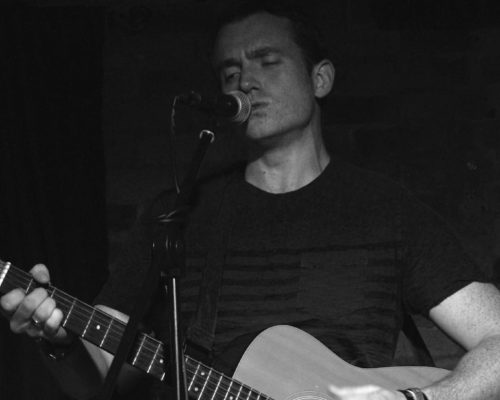 Pete Scott first landed on the London open mic circuit back in 2001. Since then, he has performed his own original material in bars and clubs around the world. The influences behind the music can be traced to the grunge sounds he absorbed during his teens in the mid-nighties, with a smattering of blues, traditional folk and nineties Brit pop bands. As well as writing songs about love and loss, Pete has an uncanny knack for writing catchy tunes around the subjects of mental health, isolation and daily, emotional struggles. Performing on stage is where he feels most comfortable and has had the pleasure of playing live with members of Mumford and Sons, King Charles and Alan Clayton (frontman with the punk band the Dirty Strangers). One memorable gig was when on holiday in Memphis Tennessee, Pete asked to play with a bar’s Soul/Blues covers band on Beale Street only to discover all the musicians were Stax Revue and Muscle Schoals session men who had played with the likes of Isaac Hayes and Aretha Franklin. Although Pete has played in two long standing bands (Shanakee and Superminx 70), he felt it was time to take some of his best tracks and record them solely with a producer to capture the true essence of the songs.

This catchy four track e.p. “180 Degrees” will get embedded in listeners’ ears for a long time to come. www.facebook.com/petescottmusic https://www.facebook.com/petescottmusic/videos/900472966696107/ https://l.facebook.com/l.php?u=https%3A%2F%2Fwww.youtube.com%2Fwatch%3Fv%3DVuoov911DpY%26feature%3Dshare&h=AT2QYTSmg8m2uZE6Xi2n3q4VFG0SiR4V4uX6eIZo5vQgNUQnOZR4xL95Ej21llM9cDVqC94blNF1hFLVeE2j4msFqxVkSfeSEp1jN7nofRorvSWVLxYZ35ko_poS-cAEZv5sq6z1OyeZP2GJ4Q https://youtu.be/FXEvf5atePo