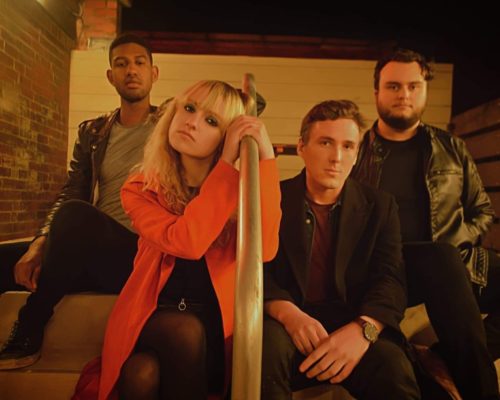 Leading their audiences through a genre-defying sea of gritty, groovy noise, the band have rattled their way through blistering live performances up and down the country. Prone to the odd mid-song poetry break, mean riffs, and inescapable hooks, Purple Thread are rapidly forging a name for themselves as one of the most energetic and captivating live bands on the circuit.

The band released Glitter in March 2018 – a snappy, grunge-tinged anthem, the song quickly became a favourite among the crowds soon after release. Next single Life’s a Drag showed off the funkier side of the band, and was highly praised for its fusion of rock, funk and pop. Latest single ‘Something Good’ was released on 4th February 2019 in conjunction with Independent Venue Week at the 360 Club event co hosted by Gus from alt-J.

With multiple radio plays, an on air interview from BBC Introducing West Yorkshire, a DJ set from Alan Raw at the ‘Life’s A Drag’ single launch, support slots for bands L.A. Witch, Skating Polly and Hands Off Gretel, festival slots in Camden, Derby and Leeds and latest single launch co-hosted by Gus from alt-J, the band is going from strength to strength and showing no signs of slowing down.

Audiences are advised not to forget their dancing shoes.