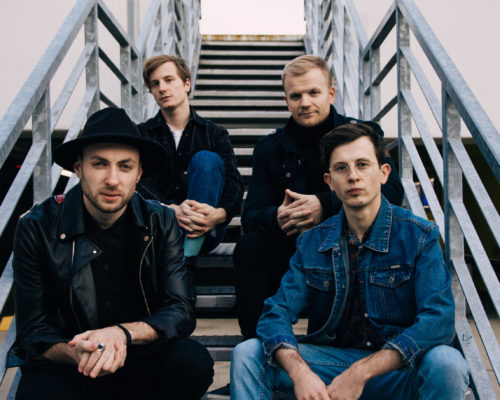 The band was founded in 2014 in southern Poland by three friends Dominik, Kajtek and Mateusz. The line-up is currently completed with Jacek. Many years ago, the guys began to explore British independent music, in which they fell infinitely in love. Each of them dedicates their free time to the band by playing several rehearsals week and writing songs. Redford is like their other family for them. Their dream is to play gigs in the biggest venues of the world, and they want to achieve it through their hard work, determination and faith in what they’re doing. Each member of the band is multi-instrumentalist, everyone sings and composes. Last year, they had an honour to collaborate with Edwyn Collins. They recorded 12 tunes in his studio in the Highlands. Edwyn was also a co-producer of the material. The material is planned to be out as their debut album sometime in summer 2019. In the meantime, their EP ‘The World We Live In’ will be released at the beginning of this year by Glasstone Records. Edwyn Collins and Grace Maxwell: “They’re talented, and not easy to categorise, a very good thing. But the best thing is the quality of the song-writing.”