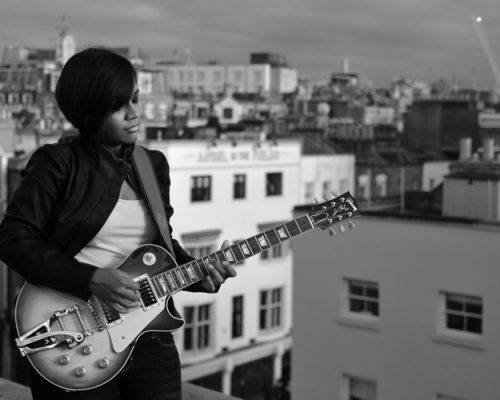 Resonance is blues rock ‘n’ roll born in London and based in San Francisco, after Radhika moved to California looking for sunshine.

Its debut release If The Fires They Burn Too Bright (2012) is an emotive record with a healing interplay of vocals and guitar, recorded and mixed by Neil Tucker (will.i.am, Alicia Keys) at Metropolis in London. Two singles – Mister Policeman (2014) and Reverie (2014), recorded and mixed by Dave Moore (Skyfall) and mastered by John Davis (Led Zeppelin, U2) – demonstrate the span of Resonance’s influences. Mister Policeman, in the funk bracket, opens with a rhythmic, guitar-laced groove and never lets up. Reverie is a dreamy pop number, its lyrical subtlety offset by a party vibe and solid guitar solos. In 2019, Resonance released its latest single, Saturday Nights, a bass-driven blues rock track. A full-length album is in pre-production.

Resonance is best experienced live, with one San Francisco venue saying “the band delivers crowd-pleasing sets to get folks moving!” In 2019, Resonance embarked on its Escape Velocity Tour. Kicking off in Northern California, the tour has gone from the Napa Valley down to San Diego, playing shows in Los Angeles and majestic Big Sur along the way. After an appearance at the San Francisco Fringe Festival, Resonance takes the Escape Velocity Tour to Europe.

Resonance has appeared worldwide at an underground musicians’ collective in Paris, Sydney’s Darling Harbour, a chalet in the Italian alps, London’s Dublin Castle, and more.

Resonance is what happens when something moves at its natural frequency. When she’s singing, Radhika is moving at hers.