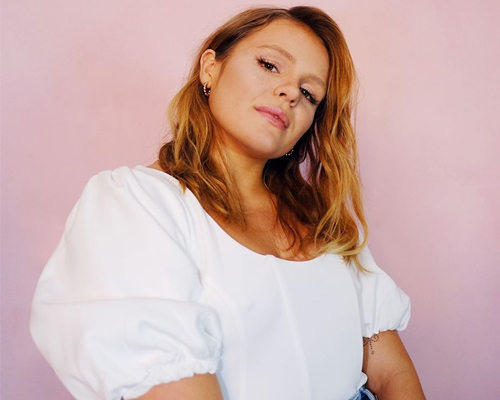 Meet Rothwell, the young British singer-songwriter from Bristol ready to make her mark on the music world, with her sultry and rich voice. Following her debut EP release last year, Rothwell returns with the Two EP. The EP launches on Friday 1st July, and will be available on iTunes, Soundcloud and Spotify. Rothwell’s Two EP is a collection of timeless, dynamic and well crafted classic pop songs, whose choruses leap out from the speakers. As well as the accomplished writing, she is in possession of a vey impressive, versatile voice which is perfectly complemented

by the simple yet effective production and arrangements that really let the songs shine through. Championed by Mahogany as one of their Introducing Artists, Rothwell will tease each of the 5 tracks monthly, with accompanying videos and exclusive news and content, leading to the full EP reveal, and a very special Two launch show in July. Two includes tracks co-written with Ed Tullett and Gordon Mills Jr (Ed Sheeran). Alongside the EP, Rothwell is confirmed to play shows at Ronnie Scotts (22nd March) and Groucho’s (3rd May) in London. Last year, Rothwell supported Macy Gray on her UK tour and performed at Barn on The Farm festival amongst others during the Summer. Her first headline show at The Islington was a sell out. She has collaborated with producer duo  Toyboy and Robin (Atlantic Records) and featured on their EP with an original track, Losing My Love, hailed by Digital Spy as one of their top 10 tracks you have to hear. Rothwell is also featured on two tracks on the upcoming Metrik release (Hospital Records).