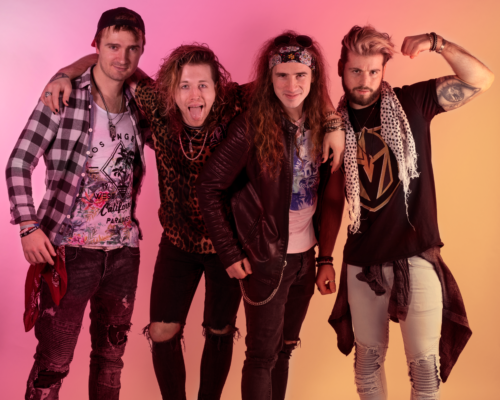 Hailing from the sunny beaches of Bournemouth, UK, Saints Of Sin are a 4 piece rock band founded by brothers Sparxx and Ash Jenkins (guitar and bass) and drummer Josh Rose. The line-up is completed by vocalist Rui Brito. Following their formation in 2013, the band has toured the UK extensively with much success on the festival circuit and in the clubs. S.O.S have graced the bill on renowned festivals such as; The Isle Of Wight, Common People, Hard Rock Hell and Teddy Rocks as well as many notable venues including Sheffields O2 Academy, The Telford International Centre and NME’s ‘Best Small Music Venue UK,’ The Joiners, Southampton.