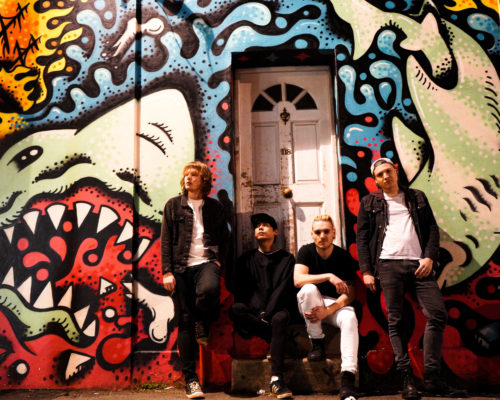 “The lovechild of Placebo and AFI – this four-piece outfit from the Isle of Wight are a bittersweet cocktail – mixing hard punk anthems like “Slip ‘n’ Fall” with the soft warmth of “Lucy Fire”. I have no doubt these rockers will go on to pretty big, and sexy, things.”
(Jo Symes – BBC Introducing Solent)

Sexy Pretty Things have been humbled to share a stage with the likes of Pulled Apart By Horses, Weirds, and The Men That Will Not Be Blamed For Nothing alongside a continuous stream of UK shows; as well as being added to The Front Bottom’s pre-entrance playlist, which followed them around the world (including opening slot for Blink-182 at the O2 arena).

Debut LP ‘Standing Ovulation’ was released Summer 2019 and was followed up with a UK tour that took the band around the sunny South Coast of England, the grey yet colourful Midlands, a beer smashing London, and the sheep-filled Wales.

The SPT lab is currently producing a new batch of songs, which will be available at all of your nearest black market salespersons soon!