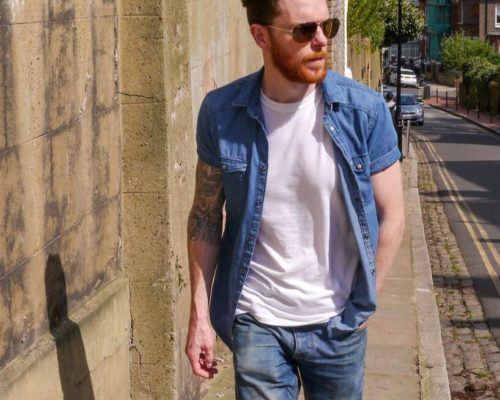 Northern Ireland-born, North London-based Shea is a singer/songwriter with stories to share. Drawing influence from legendary American giants of song Tom Petty and Bruce Springsteen, as well as contemporary artists such as Ryan Adams and War On Drugs, Shea is fast acquiring a reputation as a distinctive, singular voice on the UK’s Americana gig circuit. Having debuted with a self-titled four track EP in 2015, Shea recently travelled to Portland, Oregon to record an album of brand new material with Gregg Williams (Jesse Malin/Blitzen Trapper) and Troy Stewart (Tired Pony/The Windsor Player), which is set for release soon.

The late Nashville songwriter Harlan Howard once defined the ingredients of a great song as “three chords and the truth”, but the success of that deceptively simple formula relies upon the songwriter’s willingness to crack open their sternum, pull out their heart and place it on the table for the whole world to see. With his strongest set of songs to date, Shea is ready to face that challenge.

Embedded in North London’s fertile musical community, Shea called upon the services of Animal Kingdom drummer Geoff Lea to produce his self-titled EP: Lea also appeared, alongside Snow Patrol/Little Matador guitarist Nathan Connolly, in the video for the EP’s lead track Part Of The Game. Shea’s new material builds upon this early promise, showcasing a compelling, engaging new talent with a vision and voice all his own.