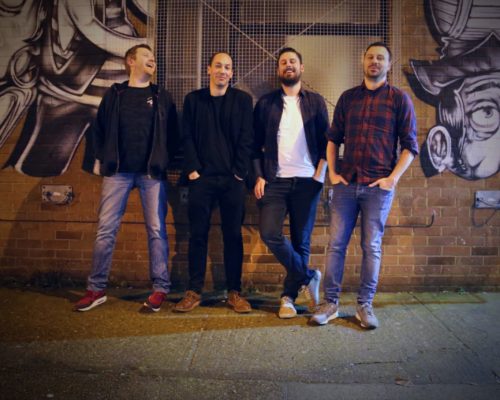 A bit about us:
Silent Self formed in 2016 with guitarist Tom Abbott & singer songwriter Steve Clarke wanting to make nonsense melodic indie rock. The band quickly came together with the addition of Andy McDonald on drums and David Galifi on bass providing the backbone of what has become a strong and dynamic team.

Sound:
Sonically, the band are all about driving melodies and steady grooves infused with progressive beats and catchy hooks. All firmly in their mid 30’s the band are children of the 90’s Britpop and Grunge scenes which influences but crucially does not define them.

Live:
Their Live performances are a considered balance of energetic showmanship and professional musicality with the ethos of ‘if we’re having fun the crowd will too’ being a core component. No complicated technical riders, the band turn up, plug in and rock out.

Releases:
The band are working on their much anticipated first Studio EP with engineer and producer Dave Needham at Dark Horse Studios in Epsom, South London.
The band have currently put out 2 singles; the which titular track and first release ‘Silent Self’ and the follow up ‘Hide Away’, and have released a ‘Live and Unplugged’ EP recorded live on Surrey Hills Radio.