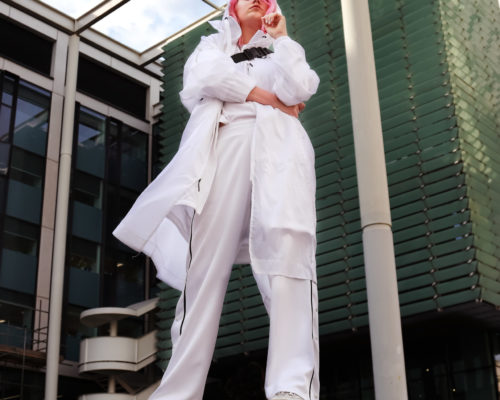 Sofia Strand is a commercial pop singer who is now based in London. The 24 year old grew up surrounded by music where she began to perform from an early age. Sofia found her voice and what she wanted to say with her music after moving to London in 2016 to study Popular Music Performance Vocals at the British and Irish Modern Music Institute (BIMM) which allowed her to develop her creative flare and artistry and commit to writing songs in a more serious and dedicated way.

Sofia cites the main influences of her music to include Zara Larsson, Dua Lipa and Billie Eilish. Her songs are all written from her own perspectives, drawing on her own experiences giving us insight into who she is as an artist. Strand says her music always embodies messages, from the fact that it’s okay to feel down when getting over a relationship, to just simply being satisfied in your own skin. Describing her songs lyrically, she comments, “I write my songs about anything and everything that happens in my life. They are all connected in the sense that they’re all true and real to my reality.