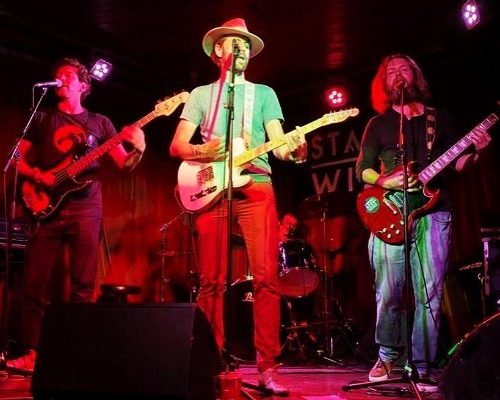 The Fourth Person formed near Dalston in summer 2018. We recorded our six-track ‘First E.P.’ in 2019. Following line up changes we played our debut gig at Biddle Brothers in Clapton in March 2020. Then, a week later, adjourned due to lockdown. We had our triumphant return at Bloomsbury Lanes (where our pics were taken) on Saturday 22nd May 2021 and brought the house down. We’re already booked up for dates until the Autumn and we’ll be taking every opportunity to write, rehearse and record as well. We have been described as “….blessed with immense natural ability, a strong work ethic, dashing appearances,…” with “big catchy riffs, energetic performances and soaring vocal harmonies…”