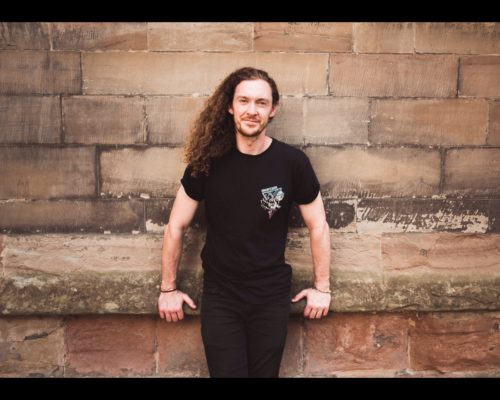 Timothy picked up the guitar and started writing songs around the age of fifteen. Inspired by the otherworldly and ethereal, Timothy refined his sound over the next decade whilst he was pursuing an acting career. Later deciding to bring his music into the spotlight, Timothy started to play and entertain audiences up and down the country, from the streets, to pubs and bars, to festivals and events. The crowning achievement in 2018 was playing at Liverpool’s Albert Dock at the annual Folk on the Dock festival, and making his Lodnon debut in January at The Lucky Pig in Fitzrovia.

Timothy is currently based in Staffordshire, busking and gigging in the surrounding areas. Last September he released his debut EP ‘Sunlight’, and most recently released release his pirate-romantic themed ‘Dance the Hempen Jig’ on all online platforms.