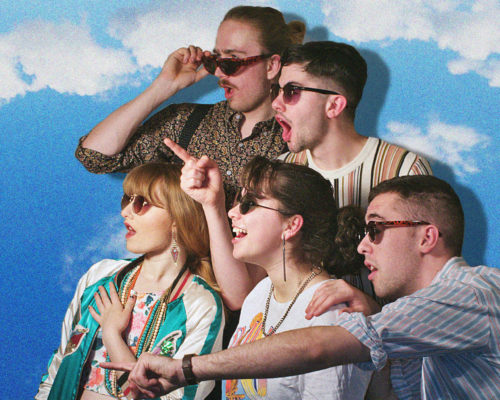 VanityAct have always been a product of a variety of burgeoning London music scenes. The band started in 2015 in a bedroom in Hackney, with the main goal of being equal parts jazz, soul and punk, and went on to scavenge inspiration from the rich and diverse music of East London’s local bars and pubs. Originally flying under the moniker of “Bubblegum”, the band decided to start recordidng an album before playing any shows, to curb the limitations of a live setting. This led to the release of their full-length LP, “Life in Colour”, which laid the groundwork for their full-bodied, orchestrated sound, rich with gospel choirs and raw brass ad-libs. This sonic idiom was fully realised on their 2018 releases, “Original Sin” and “Sunset (in the Key of E)”. During that year they also started their own regular music night in collaboration with Deviant & Dandy Brewery, entitled “The VanityAct Jamboree”, where they invite their favourite London bands to play laid back sets – the events have gone down a storm. In 2019, the band gear up to release three new singles, headline at the Old Blue Last, and continue to engage with the local communities that birthed them through their popular events series.