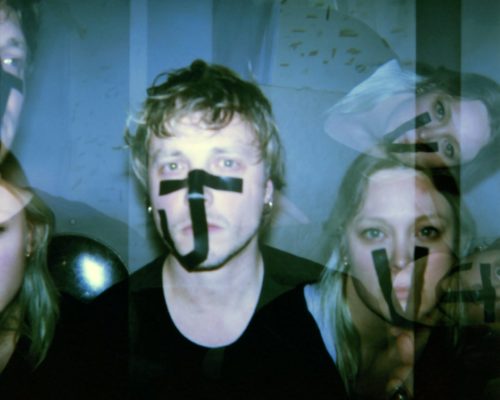 "It’s rare to come across a band that offers something distinct, fresh and buzzing at the same time, and to not lose that enthusiasm song after song. Victoria+Jean, the exciting duo from Stockholm offer up tightly arranged avant-pop and uptempo beats for even the greyest of days to become lively, fitting somewhere between The Kills and Lower Dens."

“There is a raw grind but an inherent control that makes them all the more powerful…a total originality in an over crowded genre.”

…“Victoria is the kind of goddess that will own indie rock in one year, her voice is full of pain and beauty and she plays a Gretsch White Falcon tearing out throbbing stripped down, punk blues howl riffs with a machine gun ease and is a blur of red hair and blue sequins, to her left stands Jean slashing twanging, howling wolf guitar with a lanky swagger. Victoria and Jean will be massive. If not I will eat my hat. If I ever wear one.”

“Mixing a combination of dirty blues, heavy riffs and brooding, melodic vocals, Swedish duo Victoria+Jean are set to unleash a barrel of madness onto the world.”